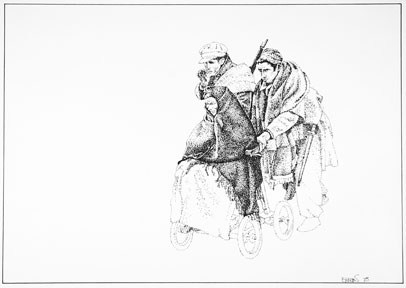 Third in a series of Spanish Civil War ink stipple illustrations. By 1936, the war was in full swing and nasty. The Republicans, backed by Stalin, were trying to hold their own against Franco's Nationalist army supported by Hitler and Mussolini. Here we see two Republican soldiers quietly escorting an aging mother in her wheelchair.